Ok so I just built this last night, we have our own wiki. Hurray.

Well a wiki is a cool space on the Internet you create collaboratively, (together) . A wiki can have information, music, podcasts, films etc… A wiki can really be anything you want it to be. More than one person can edit it so it can always change.. A wiki can grow. So far we will use it for to back up our projects in here “All about Me” and Christopher Columbus. But really we can use this space for almost anything. We could do a page on the World Series ( but only if the Yankees get into it) or another current event. We will house our Scary story contest here as well. Mr. Mac’s class will do an Outsiders page and I am open to suggestions. Here is the address Stuff From Room 311 Wiki

Christopher Columbus was born in Genoa italy in 1451. He was the son of a weaver and tavern keeper. He became a sailor as a young man. It is said he was a great sailor. He was shipwrecked off Portual near spain and is said to have swam back to shore six miles. He then came up with the notion of westward sea travel to china.

Blog a comment about what you heard at the end.

Imagine you are on this the First of Columbus’ Voyage to the New World. Tell what ship you are sailing on. Describe the voyage, Talk about being stranded for days with no wind, how you feel each some one call out Land, only to realize they are mistaken. I you afraid for your life? Do you want to overthrow Columbus in a Mutiny? Write a short piece telling about life aboard Columbus’ Ship. Download the the sailors journal here.

Deadline is October 19th, 2007. All stories should be blogged on this link.

1. Story should be original

2. Story Can be any genre you choose, scary, funny, realistic, fantasy, etc…

Stories will be judged in 4 categories and prizes will be awarded to:

A separate award will be given for poems.

What wins this contest is good writing. An original story, clear and interesting characters, and good descriptive writing .

All entries receive a prize in addition to the prize categories.

The winners and the best of the bunch will be podcast here.

OUR ALL ABOUT ME PROJECT IS COMING ALONG

WE HAVE FILLED OUT OUR INTERVIEW SHEETS AND BEGUN RECORDING VOICES FOR OUR MOVIES.  HERE IS A BOOKLET YOU CAN DOWNLOAD TO SUPPORT OUR PROJECT. PLEASE HELP YOUR CLASSROOM TEACHERS DOWNLOAD IT AND PRINT IT OUT.

Christopher Columbus (1451-1506) was an Italian explorer who sailed across the Atlantic Ocean in 1492, hoping to find a route to India (in order to trade for spices).  In the year 1492 spices were as valuable as gold.

He made a total of four trips to the Caribbean and South America during the years 1492-1504. The First Trip:
Columbus sailed for King Ferdinand II and Queen Isabella of Spain. On his first trip, Columbus led an expedition with three ships, the Niña (captained by Vicente Yáñez Pinzon), the Pinta (owned and captained by Martin Alonzo Pinzon), and the Santa Maria (captained by Columbus), and about 90 crew members. They set sail on Aug. 3, 1492 from Palos, Spain, and on October 11, 1492, spotted the Caribbean islands off southeastern North America. They landed on an island they called Guanahani, but Columbus later renamed it San Salvador. They were met by the local Taino Indians, many of whom were captured by Columbus’ men and later sold into slavery. Columbus thought he had made it to Asia, and called this area the Indies, and called its inhabitants Indians.

While exploring the islands in the area and looking for gold to loot, Columbus’ men traveled to the islands of Hispaniola (now divided into Haiti and the Dominican Republic), Cuba, and many other smaller islands. On the return trip, the Santa Maria was wrecked and the captain of the Pinta  Martin Pinzon sailed off on his own to try to beat Columbus back. Columbus returned to Spain in the Nina, arriving on March 15, 1493.

1. What Country was Columbus born in?

2. What country did he sail for?

4 . What day did he sail on his first voyage?

5. What is the name of the island they landed on?

6. Where did he think he had reached? ( Hint He called the people this)

7. What was the name of the  two other Captain who sailed with him?

8. How many trips did he Make to the Caribbean?

8 . Find on Google and print out a picture of Christopher Columbus.

A film All about You! Made by you.

We are going to make a film all about you. We are going to use I movie software Garage band software, cameras, music, and pictures to make our movie
The first step is to gather information about yourself so that we can plan your movie. Tell me about your self.

Download and answer the questions on the “All about Me sheet”, as a first step.

Listen to the story on StoryOnline.

Write about the story tell what happenend? Who were the characters? Where did it take place?

2 How does the secret recipe for enemy pie get rid of enemies?

3. What are some other ways you can turn enemies into friends.

THE INTTERNATIONAL CHILDRENS DIGITAL LIBRARY IS AN ONLINE LIBRARY OF BOOKS. USER FRIENDLY. GOOD ONLINE READER. LOTS OF BOOKS AND ACCOUNTS ARE FREE. CHECK IT OUT 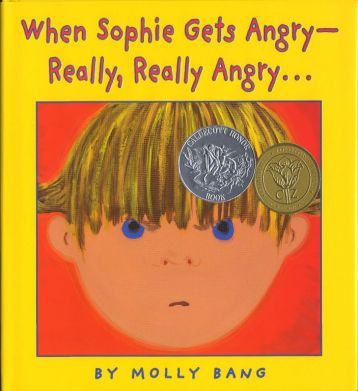 After you listen to the story Blog about what makes you angry. Tell how you calm yourself down.

Good Job guys here is what you wrote

When I used to get Angry I Used to scream, and I threw things at my sister. I now breath 10 time in a row to calm down or I take a nap.

MY BROTHER DOESN’T LIKE SHARING. EVERYTIME I say please he doesn”t give it to me and I get angrry To calm down now a take a cool drink of water

I get angry when my cousin steals my toys he doesn t share i cry and take deep breaths then i feel better.

Rafael Says:
When i used to get angry I would scream, hit and cry. Now I take a sip of water to calm down 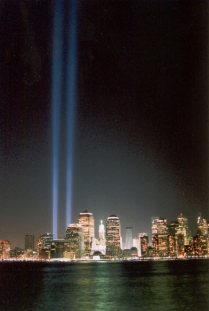 Do you know what the pictures above are pictures of. Both are of the Same place.

The first is is from September 11th, 2001 when two planes crashed into the World Trade Center and another is the Tribute in Light. Each year since September 11th 2001 they shine these towers of light on that day to help us remember happenned 6 years ago tomorrow.

September 11, 2001 will forever be a sad day in the history of the United States. The terrorist attacks that knocked down the Twin Towers, crashed a plane in Pennsylvania, and plunged a plane into the Pentagon killed thousands of people.

The September 11th Attack on America
On September 11, 2001, there was an attack on America.
There are some men that decided that they didn’t like what America stands for: freedom, liberty, and the rights of men and women of all races, backgrounds, and beliefs. So on the morning of September 11, 2001, they hijacked four planes and attacked America in a terrible way.
Two of the airplanes were crashed into the World Trade Center in New York City. The third plane was crashed into the Pentagon in Washington, D.C. The last plane was going to crash into another building in Washington, D.C., but the passengers stopped the hijackers, and the plane crashed into a field instead.
Thousands of people lost their lives through these attacks. Hundreds of people were on the planes. Thousands died in the buildings that were hit by those planes.
The men that arranged this terrible attack want Americans to feel afraid and disorganized. They want to make people who live in this country do what they say by threatening us. Basically they’re big bullies.

As time passed, individuals came together in many communities for special memorials. What is a memorial? A memorial is anything meant to help people remember a person or event. Many such memorials have been created in the tri-state area. The tri-state area is considered New York, New Jersey, and Connecticut. New York City is a major commercial area. While many of the victims lived in the actual city, many others actually lived in the suburbs, or outskirts, of the city in the tri-state area. Some of the people who lost their lives were policemen, firemen, financial workers, and other business people who lived in the towns surrounding New York City and commuted, or traveled between work and home, each day. Many of the victims’ hometowns have struggled with the best way to honor their residents.

5 Many local schools share a moment of silence with all the children to mark the actual anniversary each year. Some include the ringing of school bells as well. Counselors are available to speak with students and staff members on this day. Some schools also lower the flag. Many churches and synagogues hold special memorial gatherings each September 11th. Some communities, like the town of Orangetown, hold a candlelight vigil at the town hall.

6 Some memorials are available year-round in a more permanent way. One firehouse in Rockland County was rededicated to Greg Sikorsky, a firefighter who lost his life at the World Trade Center. At Ardsley High School, some creative students painted a mural of red, white, and blue. It contained many drawings and many messages from students who wished to express their feelings. Many schools planted trees and gardens to remember those who died as well.
It is important that we  should never forget this sad day. Leave a comment. Tell me what you know about this day, or you cans share a thought or a feeling you have about this day.