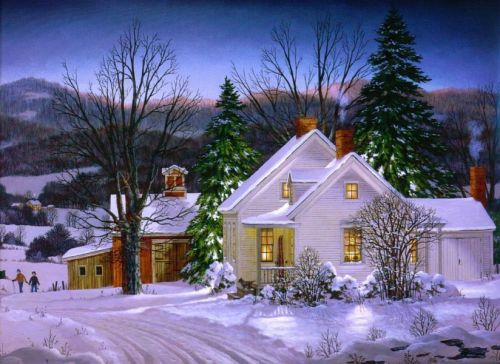 Now that we have Melvin Tamba story contest up, Ms. Devito’s class decided to post their own story contest. Write a Holiday story including some or all of these holiday words. The story can be funny, sad or serious. Poems are welcome

All stories should be  handed in by December 14th to Ms. Broderick or can be blogged here. Voting will begin December 15th.

For this months holiday Writing contest, we are taking suggestions from Students, Melvin Tamba from Ms. Paynes class submitted this one 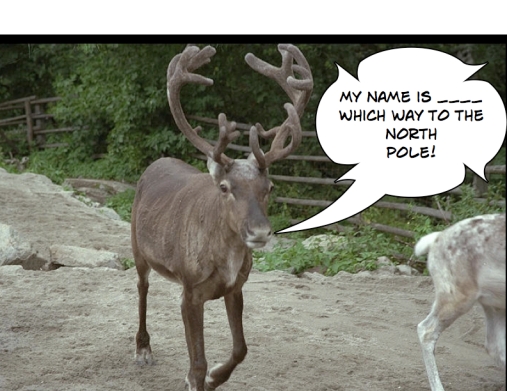 Stella is Afraid of the Dark by Crosby Bonsall

Today Ms. Ruggerio’s class read the book ” Stella is afraid of the Dark”

In this book a little boy has a dog named Stella that he says is afraid of the dark.

In the book it is really the little boy who is afraid of the dark, not the dog.

Look at the pictures again what pictures tell you the little boy is afraid of the dark?

What does the little boy’s friend tell him to do to make “Stella” less afraid of the dark.

Today we are going to visit The Online Writing Lab

and examine Ideas as a trait of good writing.

On November 20th in the cooking room at 373R we reenacted the First Thanksgiving . Ms. Leston, Ms. Gudnerson and Ms. Pantelli took part in recreating the first feast. We made costumes with Ms. Currelley and Ms. Doggery. Ms. Taught the History of the Native Americans and the Pilgrims First Thanksgiving.

Here is some writing from Ms. Pantelli’s class talking about their experience reenacting that first Thanksgivng feast of 1620. 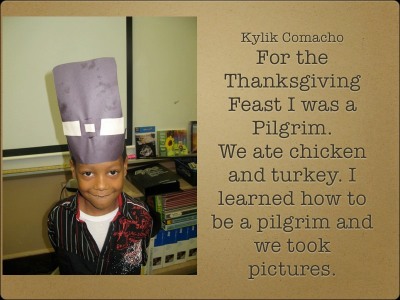 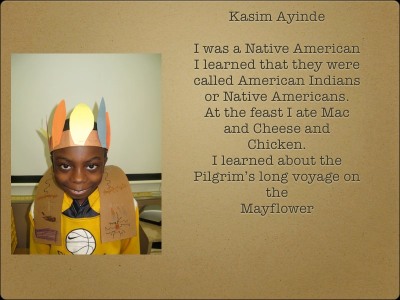 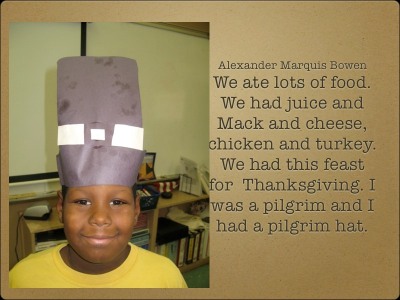 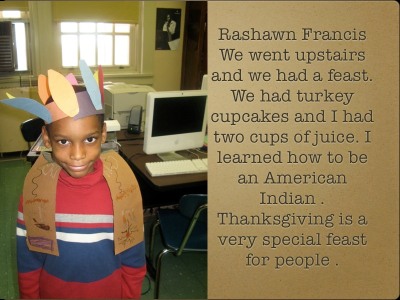 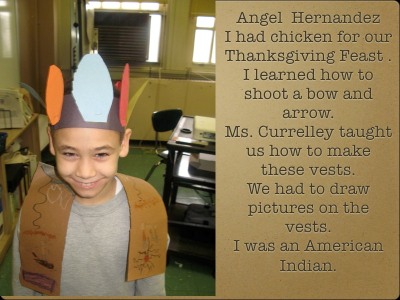 Vote here by number of story. You may vote for up to 3 stories. Stories are number one to thirty-six.

Your name will not be published, but your vote will be counted.

How to Make a Paper Turkey 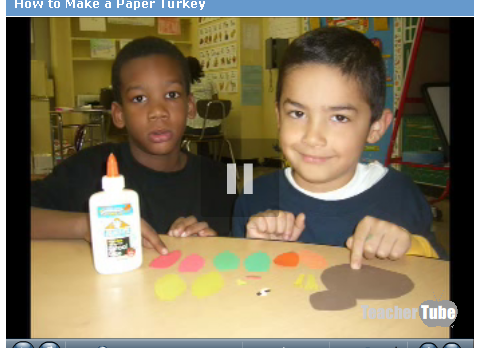 Two of Ms. Gunderson’s Students visited the lab and created this movie on how to make a simple paper turkey. Click on the Turkey to watch. 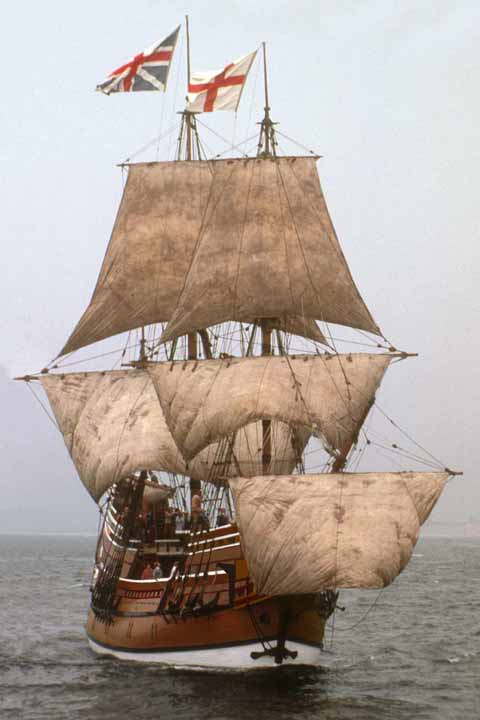 Go to this link to learn more Thanksgiving.

Answer the following Questions about the Mayflower

1. What happenned in the Forecastle?

2. How long was the Journey?

3. Name 1 problem the Pilgrims had on the voyage?

4. How many miles was the voyage?

5. What year did they sail?

6. What area of the Ship did the Pilgrim “live” in?

7. How many barrels could the Mayflower hold? (hint look in the hold?

8. In Steerage, they steered the ship, What was the lever called?

9. What happened in the great cabin?

Why Did the Pilgrims Come to the New World ?

Above all, the Pilgrims wanted to be free. 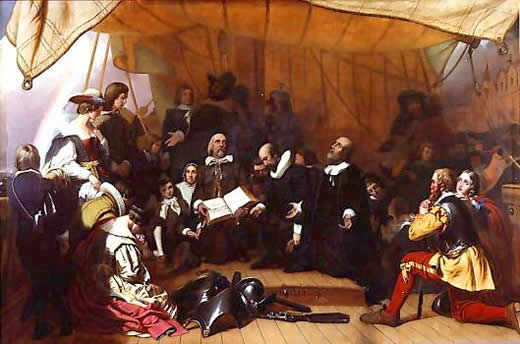 They disagreed with the religious teachings of the Church of England. In fact, the Pilgrims were members of a group of people called Separatists. These people had different beliefs than the rest of the English people. In 1606, they formed their own church in a small village called Scrooby.

At this time, the Church of England was the same as the Government of England. In other words, King James I was the head of both the country and the church. Not belonging to the church meant not obeying the king. This was treason.

So the Pilgrims left England, in search of a safe place to practice their religion. They chose to go to Holland and found a home in Leiden. For 12 years, they worshipped under their pastor, John Robinson.

But the Pilgrims were also poor. Many of them were forced to work difficult jobs all day long, for little money. They had found religious peace in Holland, but they were making barely enough money to survive.

They finally decided to sail to North America. They didn’t want to join the Jamestown colony, founded in 1607, because they feared that the English people there would treat them badly because of their religious beliefs. So the Pilgrims settled on the northern part of the Virginia Territory, at the mouth of the Hudson River (near what is now New York).

Happily, the Pilgrims found businesspeople who were willing to give them money in exchange for a share of the profits made in America. The Pilgrims bought a small ship called the Speedwell and sailed back to England. They stayed long enough to get more colonists and a larger ship, the Mayflower. They set sail from Southampton on August 5, 1620.

The Speedwell wasn’t in shape to make the journey, and the Pilgrims returned to Plymouth, England. They crowded all 102 people onboard the Mayflower and set sail again, on September 16. This time, they kept going.

The ocean crossing was long and difficult. Many of the Pilgrims wondered if they would ever see land. Two people died, and one baby was born. On November 9, they saw land.

Two days later, they dropped anchor at Cape Cod, which is now in Massachusetts. An advance party soon went ashore and looked for food and shelter, while most of the people stayed aboard the Mayflower. A group of Pilgrims, led by William Bradford, signed the Mayflower Compact, which said that they agreed to govern themselves and not take orders from other people.

More scouting of the new land followed, and the entire group finally went ashore and began to build a settlement. It was December 23, and the place was Plymouth.

The first winter was very hard. More than 40 people died. The rest of the Pilgrims made it through the winter. In the spring, they began to plant food and continued to explore their new home.

On March 16, Samoset and another Native American entered the Plymouth settlement and said, in English, “Welcome, Englishmen.” The Pilgrims were amazed. Samoset explained that he had learned their language from English fishermen who had fished there in the winter. The two peoples exchanged greetings and ideas. They parted as friends.

A few days later, Samoset returned with Squanto, another Native American leader. The Pilgrims welcomed him, too. Soon, Massasoit, the leader of the large tribe the Wampanoag, visited Plymouth. The two peoples signed a peace treaty that would last 50 years.

The Native Americans had taught the Pilgrims how to plant wheat, barley, Indian corn, and peas. Soon, the settlement was growing lots of food. Later that year, in the fall, the Pilgrims celebrated the harvest. They invited their Native American friends to join them. This has become known as the first Thanksgiving.

The Plymouth colony thrived. More people were born, and more people arrived from Europe. Soon, other colonies sprung up. It wouldn’t be long before English colonies filled the entire Eastern coast of North America.

The Pilgrims, in seeking freedom from religious punishment and economic hardship, had found in the New World new friends and a new way of life.