Blog your story here. Prizes will be given out on Halloween! Read all the stories Here! Happy Halloween!

Write a topic sentence and a detail sentence about code here.

Give me your opinion about code?

Scratch: Give me Your Opinion in a short paragraph!

Write a paragraph with a main idea stated clearly in the topic sentence telling me what you think of Scratch? Some of the details you man include:

What did you learn how to do in Scratch?

Do you find it hard or easy perhaps both.

What is your favorite part of Scratch? 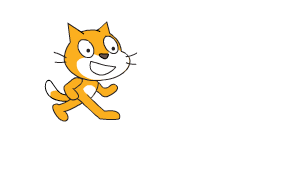 This lesson has three new and important vocabulary words:

Teaching Point : To understand the Context in which Anne Frank’s family went into hiding and the world in which her diary was written.

CONTEXT OF THE STORY OF ANNE FRANK

The Franks were a Jewish family originally from Germany, where Anne was born in 1929. Anne’s father, Otto, had come from a wealthy background, but his family’s fortune was lost after World War I.

In 1933 the Franks moved to the Netherlands to escape Nazi persecution. Adolph Hitler had taken power and had begun anti-semtic policies in germany. The family lived in relative peace until 1940, when Germany occupied the Netherlands and imposed stringent anti-Semitic laws. These new measures prohibited Jews from riding streetcars, forced Jews to attend separate schools, imposed boycotts of Jewish-owned businesses, and required Jews to wear yellow stars to identify themselves as Jewish. The quality of life of even highly assimilated Jews, like the Franks, became precarious. Within two years after these anti-Semitic laws were imposed, many Jews in the Netherlands were harassed, arrested, and sent to concentration camps where they were herded together and killed. The Franks and other well-connected families were able to heed warning signs in time to make arrangements to go into hiding. This decision put their own lives and the lives of those who cared for them at great risk.

What does Anne mean by this quote? Explain?

Welcome Ms. Kristy’s class today we will be working with Ipads and the Program Scratch Jr. Lets watch the video and introduce this coding app.

Today we are getting code .org Accounts Sign in here:

Lets make a pong Game sign into your account.Go to the tips page and lets follow the pong game instructions.

The Annual Halloween Story contest is Back….

All you writers get out your pens, hit the keyboards and write…..

A one page typewritten story, or poem about the scariest day of the year, No not state test Day.

Story/Poem can be scary, thoughtful, or funny. All stories must be original. We accept Poems and class stories from the K-2 classes.

Submitted no later than October 24rd to Ms Broderick. All entries will be posted on the blog and 13 lucky people will win cash prizes.

So go ahead and write your story… hope it is not too scary …. I scare easily. Good Luck! You can post them here yourself as well.