OUR FILM FESTIVAL – HALF WAY THERE! 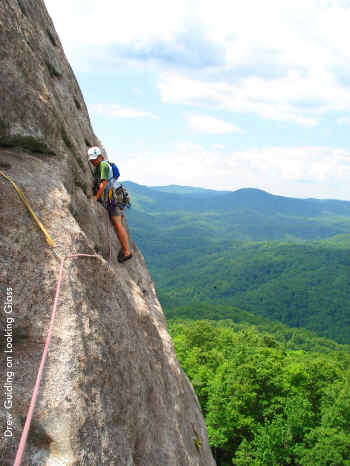 WE ARE AT THE HARDEST PART, HALF WAY UP THE MOUNTAIN

Our Film festival is coming along nicely. Many of our scripts are completed and all of our films are in production in full swing, written here. Just a note I know how much work this is, and I am quite proud of my classes that have been so creative, diligent, patient, and dare I say it QUIET while we film.

If I would to compare this to mountain climbing I would say we are half way up the mountain, which if you have ever climbed a steep hill or mountain, you know is the hardest part. Our goal is to have all 8 films in the can as they say for May 30, so that we can make sure everything is ready for the June 11th/12th Festival our , D-Day so to speak. (CLICK ON THE LINK TO READ ABOUT THE REAL D-DAY AT WIKIPEDIA)

Any way keep up the good work, please be quiet during recording and filming!

“I think Slavery is wrong, morally, and politically. I desire that it should be no further spread in these United States, and I should not object if it should gradually terminate in the whole Union.” –Abraham Lincoln1859

This is a world of compensations; and he who would be no slave, must consent to have no slave. –April 6, 1859 Letter to Henry Pierce
On the question of liberty, as a principle, we are not what we have been. When we were the political slaves of King George, and wanted to be free, we called the maxim that “all men are created equal” a self evident truth; but now when we have grown fat, and have lost all dread of being slaves ourselves, we have become so greedy to be masters that we call the same maxim “a self evident lie.”
Lincoln Words. This year 2009 Abe Lincoln is or would be 200 years old.  Happy Birthday Mr. Lincoln
Seems like a good time to learn more about him.
To understand Abraham Lincoln you have to understand the times he comes from. The united states was growing westward and half of the county the south had legalized slavery the north states including California and Oregon did not.
To understand Lincoln you have to understand that in 1861 The united states was a country divided, The south was a farming agricultural land, that needed slave labor to survive.  The north was fast becoming the maunufacturing capital of the world and did not need slaves but need workers to grow and reach it’s potential. The United states was  a country Divided by how they made their living and divided on the issue of slavery.
Slavery with it basis in evil was the ability of one man to own another, the way you own a car,  to treat the slave as it wanted, to make money from the slaves labor, to deny the person the most basic freedoms, had existed in the Americas since the British settled here. Slaves were brought from Africa to be owned  and used at their masters will.

America has always been a nation of Immigrants. An immigrant is someone who was not born in a country. In our case America, an immigrant is a person not born in America.
When the first thirteen colonies were formed most of the Immigrants were from England.
But by the end of the 1800’s people came from all over the world.
.
Over 40 percent of all Americans can trace their roots to Ellis Island. More than 12 million immigrants passed through these doors. Among laborers , servants, peasants, and artisan. And each came to Ellis Island with the same home to become Americans .
Not everyone arriving in New York had to go to Ellis Island. Immigrants in first- and second-class were processed aboard their ships soon after docking on the mainland. Onboard exams were shorter than those on the island, since inspectors were more accepting of anyone who could afford the higher fare.

Why Did people leave their countries?

Some people left their countries because they did not want to go into military service. Some countries like Italy demanded 6 years of service of it’s citizens. People did not want to fight in different wars so they left.

In some countries like Russia people were not being treated fairly. In Russia the Jewish people were persecuted by the government. They were not allowed to get good jobs and sometimes were beaten up badly. This made many Russian Jewish people want to leave their country.

People left their countries because of famine. A famine is when a country does not have enough food to feed it’s people. In Ireland in 1847 we had a potato famine. The main food that the Irish ate were potatoes. The potato crop rotted and 2 million people starved to death. This is called Black 47. As a result another 2 million people left Ireland and came to America.

Another reason that people came here was the promise of getting rich. People were told “go to America and become a Millionaire.

We will re-read our script and continue recording voices for our Movie. Film Festival Date is 6/11-6/12